Phil Mayes Posted on October 16, 2020 Posted in Fiction No Comments 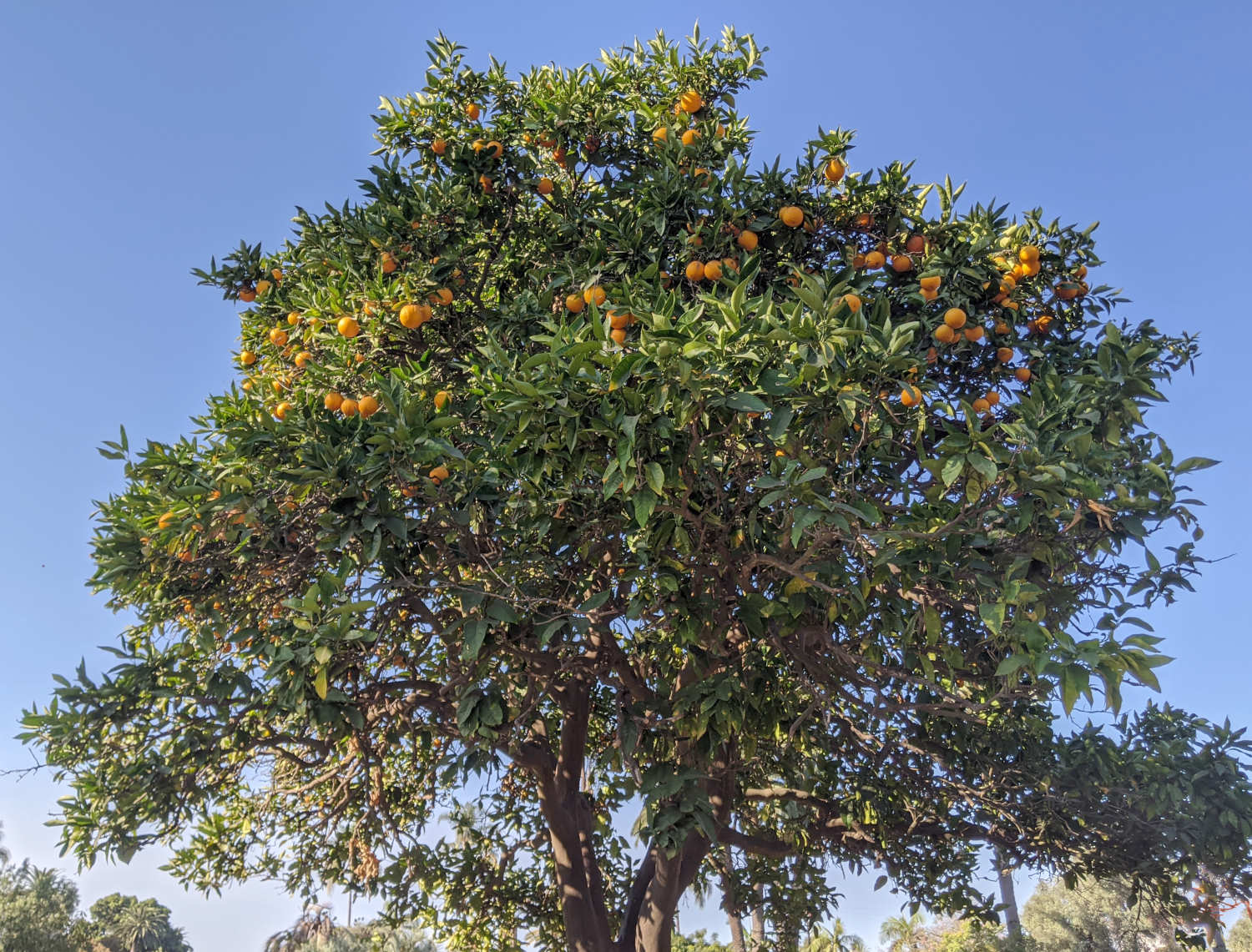 .It all happened because of an orange. Currency controls were a factor, too. I could also blame xenophobia, because without it, the very border might not have existed.

That border separated Afghanistan and Pakistan, and in 1972, Maggie and I were trying to cross it. Traversal was an all-day event, needing paperwork before crossing the actual border, and while Maggie held a place in line, I wandered around.

On a bare hillside stood an orange tree. With oranges on. This was an exotic, travel-worthy sight—I had never seen oranges in the wild before. In London they lived in grocery stores. I had to have one, but the bottom branches had been stripped bare. I jumped and jumped until I finally had one in my hand.

I rejoined Maggie and we shared the orange. The line we were in barely moved. A tour bus would pull up, the driver would go straight into the office with a fistful of passports. Baksheesh and familiarity would get them stamped and the bus would move on.

The line of hippies watched this repeat with bus after bus, grumbled in several languages, complained, shouted and eventually stormed into the office waving passports and demanding action. The clerks jumped up from their desks and tried to push them out. In the chaos, Maggie and I grabbed the rubber stamp, endorsed our passports and left. A fake initial and we were good to pass through the border itself.

The exchange rate in Pakistan was worse than in Afghanistan, where currency traders sat on street corners and haggling was de rigeur, so we had stocked up on cash before the crossing. In those days, strict financial controls were in place that restricted the amount you could take across borders, so I had stashed the notes in my boot.

On the bus to Peshawar, I bent to retrieve the money. No cash. No, it hadn’t slipped under the insole. No, it wasn’t in the other boot. It was gone. It must have worked loose as I jumped for the orange.

Being the average cautious middle-class English hippie, I had taken out travel insurance. It covered loss of cash but required a police report, so in Peshawar, we visited the local station. The police chief was tall and good-looking with an impressive mustache, and appeared delighted to have exotic visitors to enliven his afternoon. He invited us into his office, sat us down, ordered chai, took details and wrote the report we needed. He was in no rush to end our visit.

“Have you ever smoked hashish?” he asked.

Maggie and I looked at each other. Our backpack at the hotel held several ounces of Afghani hash, the finest in the world.

“No,” we said nervously.

“Oh, but you must try it.” He clapped his hands and a servant came in. A brief exchange in Urdu, and the man left.

“I have sent him to the market so you can try it.”

This was rapidly becoming weird. We aimed for a tone of naïve gratefulness. More chai, then the servant returned proudly showing in his palm a small quantity of kif, the ocher-colored pollen of marijuana flowers. More Urdu. He kneaded it with his other thumb until it darkened and clumped into hash, then filled a pipe and offered it to us. The two men looked as if they had just offered a gift at a birthday party. Should we insult them by refusing their hospitality? Accept and risk a police sting, kidnapping, extortion, sexual assault?

We lit up and smoked it in turn. The men watched in anticipation.

We agreed it was good, shook hands and left, stoned and disbelieving, into the Peshawar twilight.

Back in London, the insurance company never honored my claim.