↓ Skip to Main Content
Home › Musings › Why Do We Believe What We Believe? 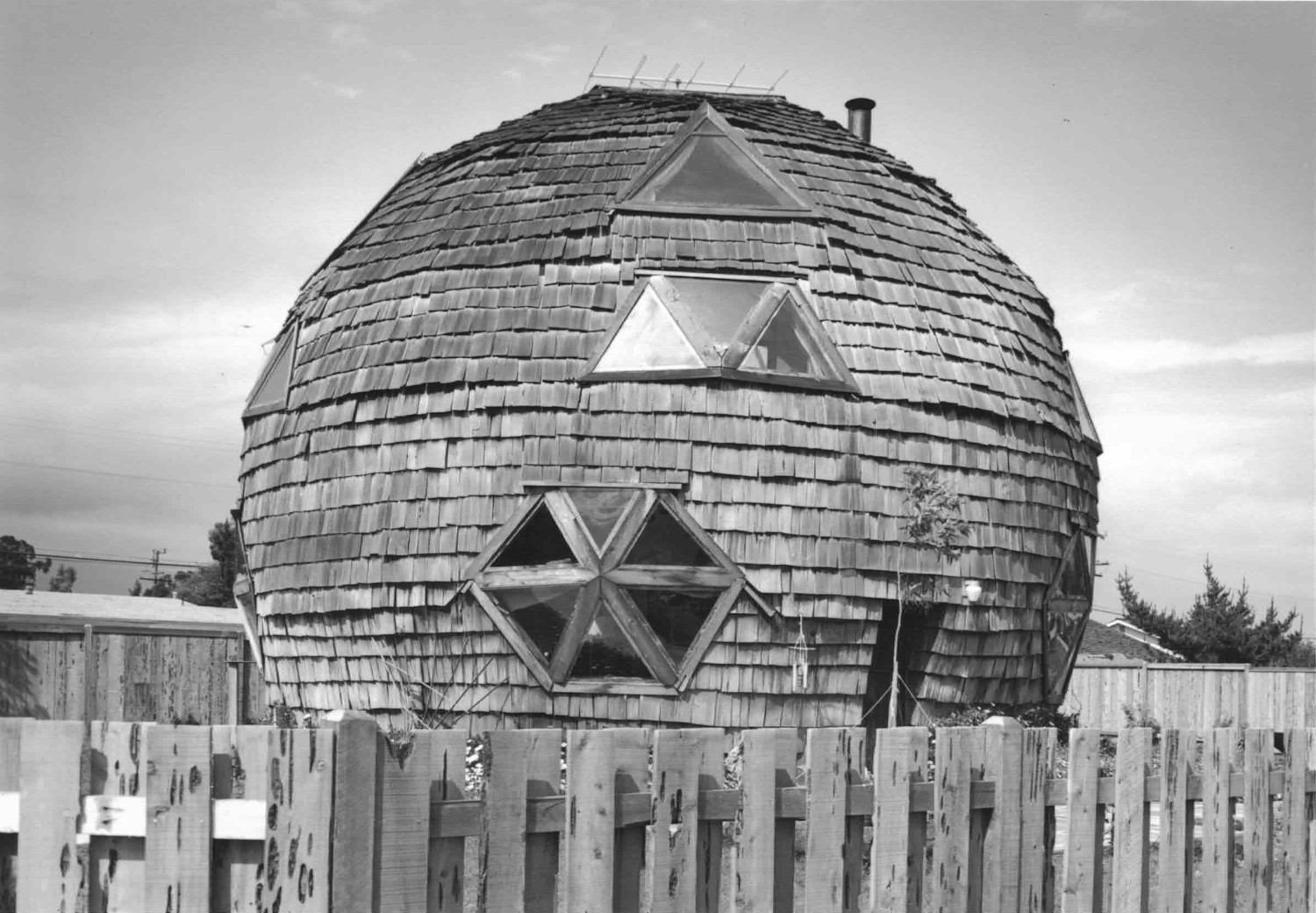 Why do we believe what we believe, and how is it possible that we differ so much?

The simplest kind of belief is something that we experience directly: this flower is yellow; I have ten toes; there is a corner shop at the end of the street.

Over millions of years, life in its various forms started to draw inferences from the senses, firstly using emotions, and later, using the forebrain. For example, the crack of a dry twig might create an emotional inference that you’re being hunted. The varying angles of the sun might cause the forebrain to infer that the world is a sphere of a certain size.

These inferences are beliefs, and on top of them we construct further ones. They are like a geodesic dome of struts and joints where the joints on the ground are our direct experience, the struts are inferences, and the joints in the air are beliefs.

Just like a geodesic dome, a collection of beliefs can form a stable belief system that is resistant to change, but this framework may not be the only or the best one. Just like a dome, the same basic facts can support different belief systems.

These beliefs come from various sources:

Senses: We trust our direct experience

Our senses are fundamental, being the raw material for our understanding of the world, but their apparent obviousness may not be correct.

Plato offered an allegory of a cave where men mistook shadows for the real world. Descartes doubted the validity of all of his senses and concluded that only his thoughts were self-evident.

These days, we understand the limited nature of our senses. The light we see with our eyes is only a small portion of the electromagnetic spectrum; our skin detects a different portion as heat. We cannot detect the earth’s magnetic field that birds use for navigation.

Even the senses that we do have can be wrong, from optical illusions about the length of lines to the unreliability of eyewitnesses. Modern psychology is replete with experiments that demonstrate the inaccuracy of our perceptions.

Culture: We grew up with the belief

The culture that we grow up in can hold beliefs that are so widely taken for granted as to become invisible and hence unchallenged. For instance, the concept of property is one that is embedded deeply in the Western world, so much so that some people cannot imagine anything else:

We used to believe that stress causes stomach ulcers, and we currently believe that matter consists of atoms. The concept of money; its representation by particular forms of paper and metal, notes and coins; the idea that it also exists as marks on paper or numbers within a computer; driving on the right (or left); which parts of the body must remain clothed and in what situations; all of these are accepted by most people without question.

In-group: We believe what others believe

A society only works because a large majority of people think and act in compatible ways. Someone who does not fit in threatens the social structure and is at risk of being ostracized. In the days of small tribes, they might have been cast out into the wilderness; these days, social misfits are excluded by being socially shunned or even imprisoned.

Behaviors vary tremendously across cultures. There is a wide range of laws and attitudes about alcohol; marijuana; covering the head, breasts or soles of feet; property; burping; public kissing; and sex. We act to match our social group in many ways so as to fit in. Fashion is an excellent example of this; it only exists because many people are prone to copy others. Most people are only comfortable wearing ripped jeans when they are in fashion.

Ideas are the same way. It is safer to accept the beliefs of our group than to choose different beliefs and be regarded as delusional. Politics, religion and economics are areas where many beliefs are held without question. Fitting in is so important that people hold fast to the beliefs of their group even when they are incorrect.

“Understanding the truth of a situation is important, but so is remaining part of a tribe. While these two desires often work well together, they occasionally come into conflict.

In many circumstances, social connection is actually more helpful to your daily life than understanding the truth of a particular fact or idea.”

To merge with the group in these ways is to weaken and even lose our identity, so there is a counterforce of individualism—I gotta be me. Fashion leaders dress differently, are copied, and the fashion spreads at large. Artists, revolutionaries, free thinkers explore outside the accepted bounds, and for this, they might be reviled, shunned or persecuted before possibly being praised and honored.

Experts: We trust someone else’s judgment

Human culture has expanded to include far more knowledge than any one person can understand. (To check on the extent of your mastery, go to a large reference library, choose one book from every shelf and rate your grasp of its contents.) We deal with this by leaning on the expertise of other people and trusting their judgment.

The extent to which we do this may not be obvious. How often do we go against a structural engineer’s recommendations? A nurse? A tax accountant? Most of us believe the earth goes around the sun without having taken the astronomical observations necessary to confirm it. We trust experts, people who have the expertise, to crunch the numbers and proclaim the time of sunrise and the phase of the moon and the height of the tides.

The reason for believing an expert is not their title. (This is the logical fallacy of Appeal to Authority.) Instead, their credibility rests on the data and reasoning behind their claims.

Experts are likely to reach conclusions that contradict common sense. To assess the conclusions of an expert, we need to have enough expertise in the field to make sound judgments about them. The more complex the field and the less we know of it, the less we are able to judge that skill. Unless we have an equivalent level of expertise, our judgment is not good enough to counter their conclusions. We should only be doubtful when:

Feelings: We choose what feels right

The various other reasons for beliefs given here may produce more than one explanation. When choosing between them, it is tempting to choose one that feels right, rather than the one that is simplest or most probable.

Thinking: We use logic, pattern-matching and probability

The power of rational thought to discern something that is contrary to the senses is the magic ingredient that has created the whole of civilization. We have accumulated one unintuitive idea after another and put them to use in controlling the physical world in an innumerable number of ways.

For a belief to hold up, it must be based on reason, the human ability to apply logic as commonly understood since Aristotle. All other justifications falter in the face of this.

However, the society we have created is so complex that no single person can understand more than the smallest fraction. We rely on other people to understand and manage those other parts because those people have examined those areas extensively, and without studying deeply ourselves, we would probably not make the best choices.

Consequently, we need to extend the scope of our reasoning by using the conclusions of experts. (They are not infallible, however, so their reliability should be qualified according to the grounds given above.)

The other sources of beliefs—our senses, culture, in-group and feelings—are emotional claims, so although we may feel strongly about them, they are, at base, not rational and should be discounted. This is the primary source of disagreements about beliefs.

We like to think we have rational reasons for our conclusions, but it is often the other way round. It is extremely hard to go against our feelings, so it is tempting to adopt arguments that justify our emotionally-held position, even when they do not hold up. Recognizing when we are making a poor case can be difficult. Search the internet for Logical Fallacies to discover how many weak arguments there are.

To counter this tendency to pick a position that supports our emotions, we need to think of culture, the in-group and experts as a social shell through which thinking must peck its escape, removing assumptions piece by piece. Beliefs will never have the assuredness of a mathematical proof, but the best explanation is the one that is logically consistent, simplest and most probable. Sometimes it will contradict our senses or our feelings, and we should be prepared for the discomfort that arises from that dissonance.

The capacity for rational thought is the most distinguishing feature of our species, but it still competes with our emotions when making decisions. When that dichotomy arises, we should strive to choose that which makes us most human.

2 Comments on “Why Do We Believe What We Believe?”