Years ago, I thought I was going to die. The streets were dark and slick with rain. I was getting a ride back from a weekend encounter group where all our emotions had been laid bare, and the driver and the other passenger entered into such a screaming match over politics I thought a car crash was inevitable.

Why are political discussions so intense? Something has to generate all that political energy and cause the two sides to differ on issue after issue.

It is our emotions that choose which position we hold. It may not be obvious that they lie beneath arguments on subjects like immigration, guns or welfare. We may have rational reasons for our choices, but our emotions play a huge part. We are not fully conscious of their role in how we choose to live.

We hold these viewpoints because it feels right or because that’s what we were taught, and then adopt reasons that support that position; we don’t start with the reasons and become attracted to them. Even though we can name a dozen reasons for our choice, these reasons are chosen to fit our feelings. To understand this, we need to look at how emotions influence us.

Imagine you’re a microscopic organism back in the depths of time. There are things you need and gravitate toward like food and sunlight, and dangerous things you move away from like predators, acidity or extreme temperatures. These two aspects of survival – attraction & avoidance – are the two great reasons behind all individual behavior. (The sexual drive is not about survival of the individual; it is about survival of the species.) These forces are still active today, and as humans, we call them love and fear. They are the two great emotional drivers of behavior. We are drawn to that which we love, and avoid that which we fear.

Politics depends on how we see people

In stark terms, do we see people as good or bad?

If we think that people deep down are basically bad, selfish, untrustworthy and out for themselves, we strive for as much independence as possible. We find strength in autonomy and freedom.

All we ask is to be let alone. – Jefferson Davis

On the other hand, if we see people as good at heart, we are willing to trust them and work with them. We find shared benefits and companionship in being part of a group.

These are extreme positions, and few people hold either one completely. Instead, they can see the potential for both good and bad in others, but one belief usually predominates and predisposes people to be individualists or cooperators.

What we run from

Hate is a more powerful motivator than love. – Roger Stone

Fear, the other great emotional driver, is of course scary, and that is a problem because we don’t like to look at it; it is largely an invisible emotion acting like a force over our shoulder, pushing us this way and that.

It’s easy to see the fears our political opponents exhibit, but it’s much harder to see them in ourselves. Nevertheless, doing so is the only way we will reach an understanding of the political divide.

There are different fears associated with the two ends of the political spectrum.

For cooperators, individualism is scary because you are on your own; there is no support in the event of failure. In the physical world, the fear is of not being able to survive without the help of others. In the emotional world, the fears are of separation, isolation and loneliness.

For independents, the fears of joining with others are all of loss. Physically that includes property loss, being cheated and being taken advantage of. All cooperative endeavors are prone to the free rider problem, meaning that people act in their own self-interest, taking the production of the group for their own benefit. Psychologically, the fear is the loss of autonomy, boundaries, and ultimately of identity.

You may not recognize yourself in these descriptions. You may think the problems like isolation and loss of identity are extreme. You may not see how these underlie the back and forth of politics, but just because the roots are a long way down from the tree canopy doesn’t mean they aren’t connected. Which model of society appeals to you depends on whether you see people as basically good or bad. How much do you trust strangers?

The love and fear we have for the characteristics of each of the two poles make up the four forces that determine our political position.

Each preference has weaknesses

There are benefits and costs to each of the extremes.

For people who distrust others, there is a big problem. We are by nature a cooperative species because that increases efficiency. It is easier for two people to jointly carry two sofas up a flight of stairs than for each to carry one individually. In society, we work together both directly in teams and indirectly through specialization: mining iron ore, smelting it and machining it; growing wheat, milling it and baking it; spinning, weaving and making clothes; designing bridges, computers and 747s.

Economic activity is often thought of in terms of competition and market forces. Those are mechanisms which choose which cooperative endeavors are pursued, but cooperation is how the products of society are actually made. An alien peering down from his spaceship would see a vast number of people cooperating together to mine materials, refine them, blend them, shape them, assemble them and create a smartphone, a freeway or a jetliner.

If you don’t believe you need other people to survive, here is a thought exercise: leave civilization and live alone in the wilderness. Don’t take anything that is the handiwork of others: no twine, no containers, no matches. Definitely no steel, no brass, no bronze; you can make those yourself. (As a special concession, take some flint knives and the clothes you are wearing.) Your very life would be at risk.

For individualists, this need to work together presents a challenge. For a small group, people can be chosen by direct knowledge of their trustworthiness, but for larger groups, people are not known personally and must be judged on indirect characteristics such as language, gender, color, race, religion or nationality. This selection will inevitably be imprecise, including untrustworthy people within the group and excluding some reliable people, so the risk is minimized by making the group no larger than necessary. This is seen in the U.S. in states’ rights and the opposition to trans-national agreements such as the U.N. and the Paris Accord.

For a group to stay together, it needs structure. This is maintained by deference to authority and loyalty to the group, two moral foundations that Haidt finds associated with conservatives. The net result creates a group of like-minded people such as family, religion, region or country, and people outside it are regarded with suspicion, fear or hatred. This can be thought of as modern-day tribalism. 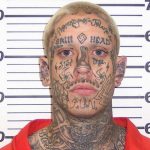 For people who trust others, cooperation has a problem with motivation. What is the incentive to work when the benefits have to be shared? This gives rise to the free rider problem where people abuse the system of sharing or are simply bad actors, period. There are costs involved in trying to control this, requiring a combination of bureaucracy (for example, ensuring that welfare is not abused or scholarships are merited) and force (for example, law enforcement and the prison system.)

So to summarize, there are four forces that influence our political position. We can recognize them in laws that pertain to each of them.

Fear of individualism creates laws that reduce the role of personal responsibility by providing a safety net in social welfare programs.

Fear of others creates boundaries and law and order. National borders, laws, police, courts and the prison system are all ways to control anti-social behavior.

Love of individualism is expressed by the Bill of Rights – the first ten amendments to the U.S. Constitution – which, in general, protect individuals against the power of the state. The entire concept of property rights exists to benefit the individual.

The challenge is whether people are able to reconcile these four forces and reach an agreement that is widely accepted. Part II will explore the possibilities.